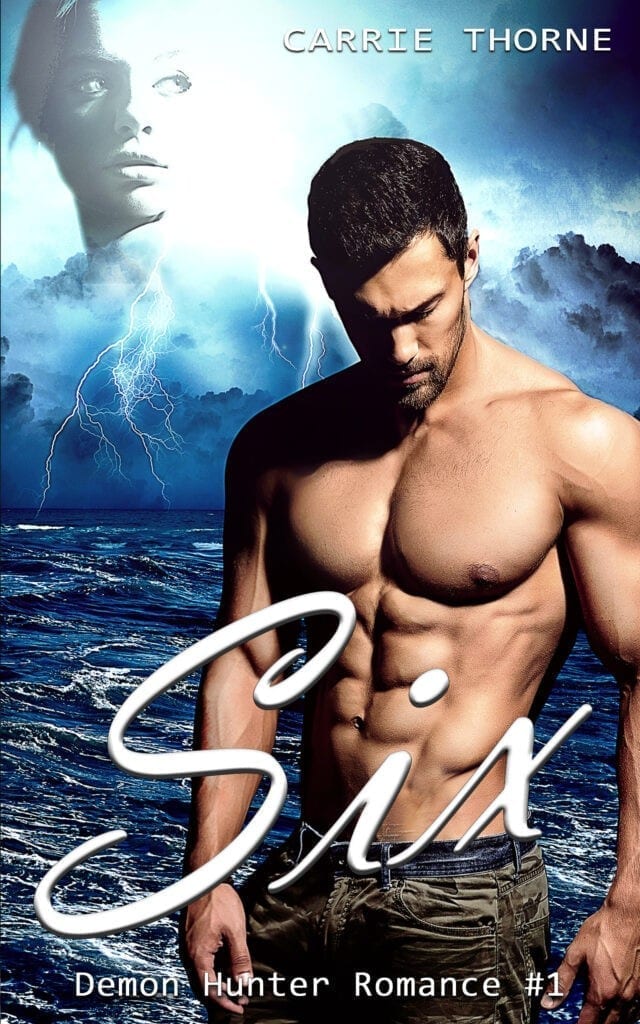 Terrible conditions, yeah, he’d expected that. Rocky outcrops, fierce winds, unpredictable currents... Flights of sharp and awkwardly angled stairs. Darkness. Finally, a beautiful but vicious monster with squiddy, hydra-style arms of steel, with a shriek that pierces directly into your brain. Oh yeah, and she’s determined to blast a tear in the veil between our world and the realm of demons, thereby unleashing thousands of monsters that would inevitably wipe out life as we know it. As nightmarish as one could imagine.

Demon hunting isn’t just Quinn Fischer’s job, but her birthright. With her plucky team at her side, she’s ready to take on anything fate may throw at them. Until one recon mission doesn’t go so hot…

Ryan Hunt is a burned-out demon hunter with a violent past. Thanks to a clever captain’s response to a growing threat around the Bering Sea, he finds a way to use his skills on a top-secret Coast Guard crew assigned to protect the waters around Alaska.

When Quinn splashes into the Arctic just off of USCG Cutter Valkyrie’s bow, Ryan knows exactly what she is, and why he shouldn’t trust her. Unfortunately for Quinn, she doesn’t have a clue who she is, but she knows the chemistry with Ryan is off the charts. Who gets amnesia anyway? Such a cliché.

Fate, destiny, coincidence… whatever nonsense brought them together just might tear them apart. Start reading today; this paranormal romance series will leave you deliciously satisfied... and eager for more.

Hell, the air in the two-foot radius around Quinn smelled sweeter than the crisp, fresh ocean air he reveled in, and he wanted to breathe her every moment of the day.

Bite my *ss Lord Byron, he thought to himself as he stalked into the mess. He grabbed a cup of coffee, stuffed down a breakfast sandwich in four bites as he poured an extra cup, then dashed up to the bridge.

No sleep. Vice around his heart. He wasn’t opposed to self-medicating with a little violence.

Whatever fate, whatever crap had written in the stars that he’d create a demon hybrid with Quinn, destined to save the world… he knew they had something extraordinarily ordinary too. Knew they were just a normal pair of people that wanted life and laughter and love. Whatever divine intervention may have written that they should be together couldn’t possibly have written how well they’d actually like each other.

"When has your pulse ever burned when I walked into a room? That you swept me off my feet and needed to make love to me with frenzied urgency? I think…” Her feet froze and she turned back toward him again. “We’re boring.” She knew it sounded a bit poetic, but for someone to crush one of the universe’s most powerful demons in a love foretold for generations… a little passion made for a more compelling story.

“Ah, god, that’s so gross,” Ryan griped and grumbled as he lay flat on the deck, reluctant to even move, his body heavy from the nasty goo.

Demon hunting was not as glamorous as it sounded. He’d ended up covered in disgusting, other-worldly guts too many times.
Spectacularly freezing, high pressured spray blasted from the deck hose, washing him clean like a painful, ice cold shower. Turning his head towards the bearer of the hose, he saw Kyle grinning from ear to ear in impish satisfaction. “You love telling me to clean the deck. Just anticipating your orders, Sir.”

Whatever her story before, it was so clearly written ahead of her. Like a question nagging in her mind before, she had her answer... Even though she couldn’t remember what the question was.

Want review team access to the latest in the series?

What people are saying about Carrie Thorne's Six

"Author Carrie Thorne kicks off her Demon Hunter Romance series with Six, a steamy romance between two unexpected allies with a delicious paranormal twist. When a beautiful demon hunter literally falls out of the sky into Ryan Hunt’s life, destiny gets decidedly heavy-handed and forces the pair into solving a mystery using their unique skill sets. Avoiding the overused tropes of pulp romance writing, the paranormal edge to this story helps to keep the jokes fresh and the plot line unpredictable. Quinn and Ryan make a scorchingly sexy team and Thorne delivers a strong start to what should be quite the salacious series."

"...For me though, the true test of any kind of romance, paranormal or other, is the characters. Ryan and Quinn light up the pages. They're three-dimensional, confident, but have flaws and vulnerabilities, and for the most part they deal with their issues like grown-ups. The dialog is snappy and natural. The main characters have great chemistry, both professional as they work together to bring down bad guys, emotionally as they get to know each other, and sexually -- the love scenes are explicit and hot. If you're looking for a new, original paranormal romance, give this one a try."

"Ah snap! Carrie rang my bell and dialed my number, highlighting this sensational approach, showcasing one thrilling storyline and gripping plot, rocking this baby to it's core, melding it together piece by piece seamlessly..."

Any cookies that may not be particularly necessary for the website to function and is used specifically to collect user personal data via analytics, ads, other embedded contents are termed as non-necessary cookies. It is mandatory to procure user consent prior to running these cookies on your website.