Foothills Series » The Next Day 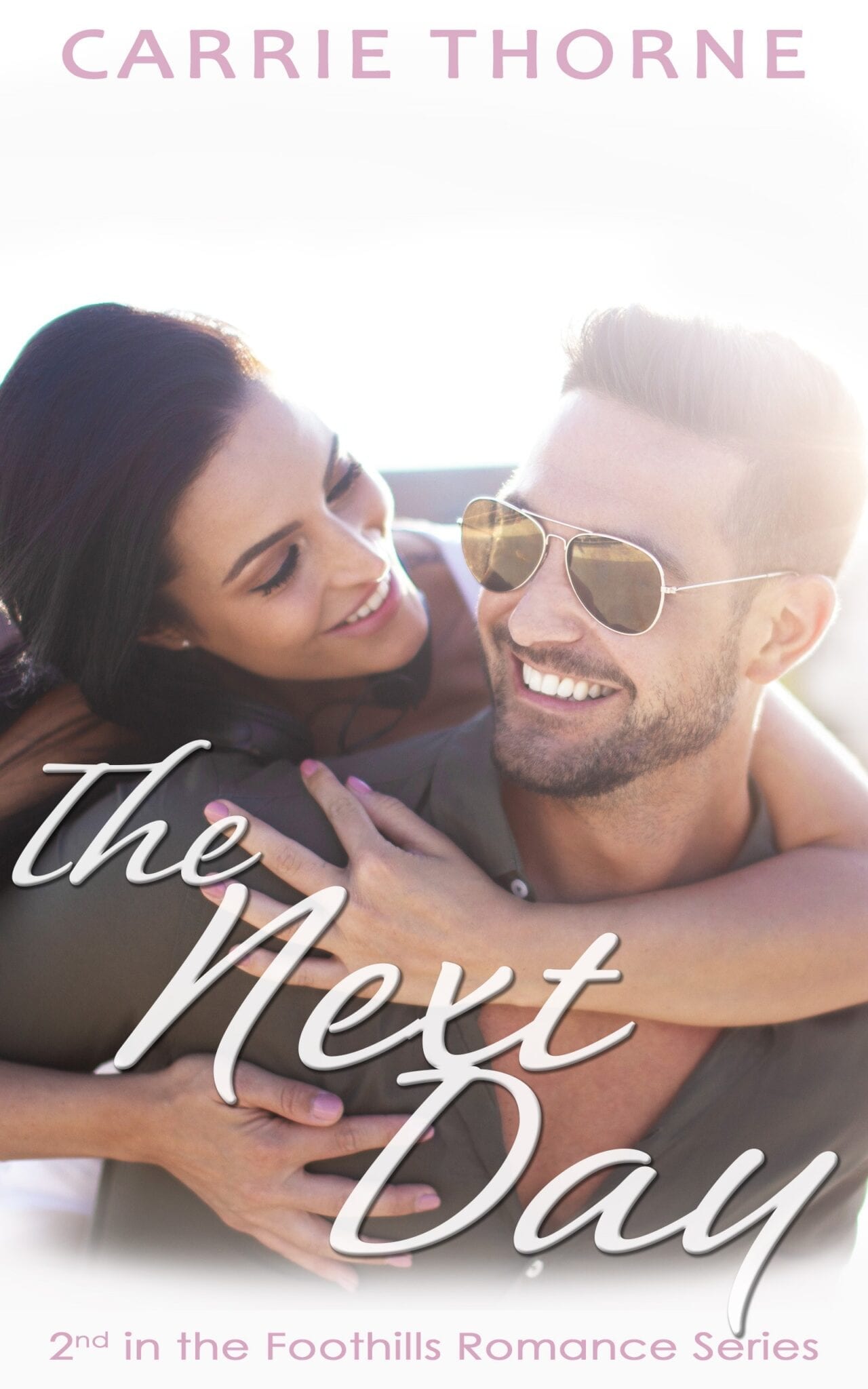 What do you do when the future is wide open? Scarier than the frigging Navy.

No clue what to do with the rest of his life, Zane Harris follows his Navy SEAL buddy to Foothills, an absurdly beautiful tourist town nestled in the mountains outside of Seattle.

Freya Marks risks her career to settle in her hometown, but it feels too dang good to be with her family and to gaze at the Cascades every morning.

Both struggling to find their footing, the last thing they need is to get caught up in off-the-charts pheromones that blind them to everything else.

But one night in Tahoe...

Amazon
Apple Books
Barnes & Noble
Kobo
Other (via Books2Read)
Previous: All the Days After
Next: A Day Late

Knocking her on her metaphorical ass like a meteor plummeting into her chest, a wallop of blazing-hot pheromones exploded off of him. Like a photon blast or superhero serum, the effects of it fueled her veins. He was… Tall. Built. Ripped.

Okay, so maybe she was being dramatic, but holy shit, she’d seen attractive men before, but Zane emitted one hundred percent Freya-altering pheromones.

Midnight forest eyes held dark secrets. Those lips were somewhere between pouty and stern, yet hinted at a wicked sense of humor… and could kiss all night without coming up for air. Big hands that would fit perfectly over her…

She nearly choked on her own saliva as she tried to remember how to breathe. How to stand. How to use her useless brain that would be irreparably rewired.

Okay, Freya, stop staring at the Norse god standing in front of you. Holding back the blushing giggle she hadn’t heard herself make in a damn long time, she bit her lips together and tried not to pant. “Hi.”

Mouth parched like she’d swallowed a jar of glue then slept with her mouth open, underwire digging into her chest, thong riding up her crack, Freya groaned and raised her sandpaper eyelids. What an awful night. If her cousin hadn’t taken off yet, she was going to tear her a new one for lacing something they’d ingested. Wasn’t that illegal? And potentially dangerous?

As she shifted to drink a gallon of water then take a long, hot shower, Freya found herself locked in a firm embrace. Zane’s arm and leg were wrapped around her like tree roots, the belt on his slacks digging into her backside.

He swallowed his damn tongue as every logical thought in his brain was pulverized by… everything about her.

Pushing the door closed, he stood and stared like a gawking dumbass. That wild black hair was curled with inherent rebellion, a few strands framing her angular jaw. Piercing blue eyes saw and understood every deep thought that had passed through his soul from the moment he’d stepped foot on this earth.

He left his breakfast in the bag, the idea of eating making him nauseous. “That’s not what I was getting at.”

As he was quickly learning to expect, her eyes flashed with ferocity. “Well, it kinda came across that way.” Her tone was moving from defensive to flippant. And he thought he downshifted fast.

Knowing he’d stepped in it and there was no recovering, well, knowing him, he’d make it so much worse if he tried, he shut the hell up and headed back out of town. She downed the rest of her breakfast in silence; somehow, even her chewing seemed irate.

“What do you think, Jack? Hell and gone from New York or San Diego.” He glanced to the simple steel box buckled into the passenger seat at his side. The urn didn’t respond. Rubbing his eyes, he chuckled at himself. “No offense pal, but it’s time to scatter you somewhere around this absurdly beautiful place. If I keep this up, people are going to think I’ve lost my f@#*ing mind.”

“Nope. Don’t say it,” Freya cut her off, jumping to her feet and crumpling the breakfast packaging into a tiny ball. “That’s called blinding lust that kills your useful creativity, then when you think you’ve finally found a good rhythm, you discover he’s not who you thought he was. While he was all sweet and sexy and insatiable at first, when the urgency of falling in lust fades, where you thought there was love, there’s nothing but a few meaningless words passed, someone that doesn’t like your famous lasagna after all, that no longer finds your smile so irresistible, and wonders why you folded their underwear but didn’t match up their clean socks.”

Recommend The Next Day, share, or leave a review 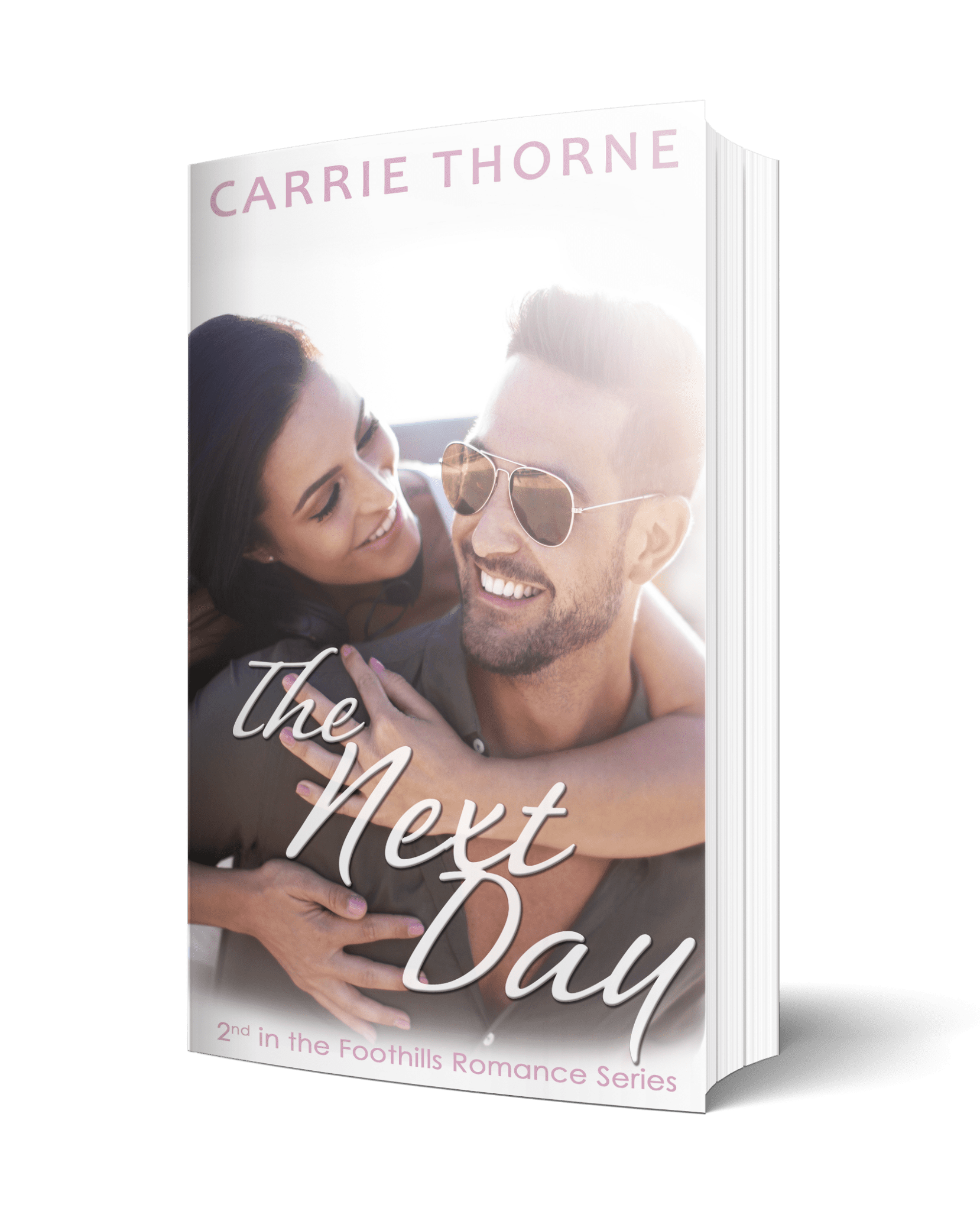 What people are saying about The Next Day

Uh... nobody's read it yet! Well, no one unbiased anyway. The very-biased related beta readers have enjoyed it :). Updates to come once those unbiased folks get a glimpse.

Any cookies that may not be particularly necessary for the website to function and is used specifically to collect user personal data via analytics, ads, other embedded contents are termed as non-necessary cookies. It is mandatory to procure user consent prior to running these cookies on your website.